Doctor Jill Biden wrote and defended a doctoral dissertation in 2007—the crowning achievement of an advanced educational process that entitles a person to the professional title, “Doctor.” Hence, her title.

Epstein’s newest op-ed has rightly been called elitist, sexist, and misogynistic, and he has earned plenty of venom for diminishing Biden’s professional title.

At the same time, Epstein’s diminution of Biden’s dissertation title as “unpromising” is equally, if less sensationally, revolting because it betrays a fundamental rejection of equality, in general. Epstein’s rejection of equality is regrettably unremarkable in the long scope of his career, but the way he exhibits it in his WSJ op-ed and elsewhere helps us to recognize it as a common American logic.

It is worth our time to unpack Epstein’s revolting logic so we can perhaps see it better in ourselves and redouble our efforts to correct for it.

Biden’s dissertation was titled “Student Retention at the Community College Level: Meeting Students’ Needs.” Epstein clearly hasn’t read any of the document, and he doesn’t try to grapple with the content. He belittles it as “unpromising” based on the title alone. What could he possibly be reacting to?

On a grammatical level, the title breaks down into three noun phrases, a propositional phrase, a punctuation mark, and a gerund. I assume the prepositional phrase (“at the”) and punctuation mark (:) aren’t the causes of Epstein’s dismissal. Marginally less offensive is the gerund (“meeting”) because it’s functionally useless on its own.

It’s, therefore, reasonable to speculate that Epstein identifies the lack of promise in one of the three noun phrases: “student retention,” “community college level,” or “students’ needs.” In the absence of clarification from Epstein himself, I’m willing to hypothesize that he’s displeased by all three.

I have belabored the point, but not without some justification. Both in his WSJ op-ed, and in a career’s worth of high-level culture trolling, Epstein has demonstrated time and again that he’s more or less disgusted by people he considers beneath him.

In a 1970 Harper’s essay, for instance, he nonchalantly asserts that he’d wish gay people out of existence if he had the power. He does counsel that “tolerating homosexuality” is “a small enough price to pay” for living in a civil society, but he also asserts that homosexuality is “part of the pain of the earth.”

Nearly four decades later, in a 2007 interview in the progressive Jewish publication, The Forward, Epstein reflected on his removal after 24 years from the editorship of Phi Beta Kappa’s The American Scholar.

Epstein contends that he was fired for being “insufficiently correct politically” because he thought “current scholarship in Afro American, feminist and gay studies hadn’t produced much that was worth running in the pages of a magazine I edited.” Translation: he didn’t bother to publish scholarship that took up theories of race, gender, or sexuality because they were beneath him. The interview does not revisit his Harper’s essay, but Epstein gives readers no cause to assume his mind was fundamentally changed in the ensuing forty years.

Flash-forward to his WSJ op-ed. Now fifty years after he fantasized about disappearing gay people, Epstein penned an equally fantastical anecdote about a time when a Columbia University secretary hosted a pitcher of water on her desk for doctoral candidates who fainted during their examinations.

Perhaps it should come as no surprise that the secretary is imagined as a woman and the doctoral candidates are men, but I digress.

To be crystal clear, Epstein never earned a doctorate, nor even a master’s degree. Nevertheless, he clearly pines for a time when the process was a sanctioned form of torture. He even notes contemptuously that Biden acquired her doctorate “long after the terror had departed.” Without the terror, the degree is apparently worthless.

In these and countless other examples, Epstein evinces a deep and abiding disdain for people he considers his lessers.

In 2012, for New Yorker managing editor, Emily Greenhouse revisited Epstein’s Harper’s piece and described some of its unintended salutary consequences for gay rights. She laments, “That Epstein—born to Jewish parents in 1937, into a world at war against Hitler—could wish for the eradication of a whole group of people seems startling to many of us now.”

But of course he didn’t wish for gay people to be eradicated, exactly. He simply wished for them to vanish altogether. Failing that, he counseled disgust, pity, and detached-but-benevolent scorn. It’s the same attitude, if not the explicit remedy, that he recommends for the politically correct or—heaven forfend—community college students in need of support.

Epstein’s writing and speaking routinely betray his belief in a universal hierarchy of humanity. Some people are “genuinely superior.” Other people are “low-grade,” a phrase he uses in the Forward interview to describe the vulgar culture that surrounds him. We might reasonably infer that anything low-grade—including people—should either be marginalized or terrorized.

I am certain Epstein would reject this characterization as grossly hyperbolic. After all, he’s never, to my knowledge, advocated attacking “low-grade” people. But the logic that underpins his attitude, carried to a reasonable conclusion, results at best in benign neglect. It is a recipe for maintaining profound inequality. Phrased less antagonistically, I suspect he might agree with this characterization of his position.

In the end, of course, Epstein isn’t the problem. He’s a symptom of a common American logic that designates some people as more valuable than others. Despite running full in the face of our supposed cultural ideals, it’s a logic that informs some of our most important cultural institutions, including higher education, which is how a former university instructor can blithely dismiss community colleges and the lady doctors who study them as “unpromising.”

Nevertheless, Epstein’s hierarchy of value is a terrible form of logic in a country that pretends to champion equality. It’s a logic some people have been fighting since 1619, if not before. And that logic, no matter how “exquisite,” is far more destructive to humanity than meeting students’ needs, gay rights, or insufficiently rigorous doctoral programs could ever be. We’d do well to recognize and reject it whenever it rears its ugly head. 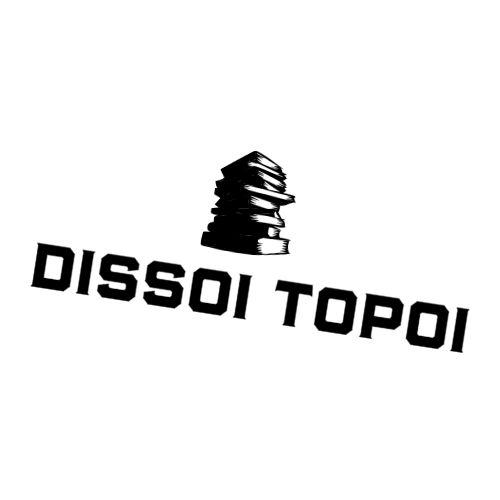