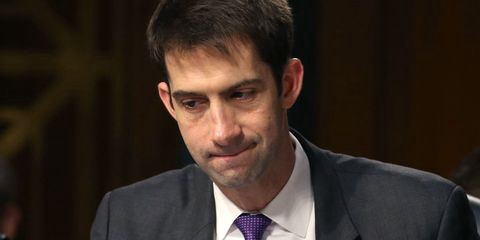 About three weeks ago, archetypal vanilla milkshake, Tom Cotton (R.-Ark), introduced a bill in the Senate to prohibit federal funds from going to support the teaching of the “1619 Project” in public schools. If you haven’t seen it, the 1619 Project is a Pulitzer Prize-winning series of articles, poems, photographs, fiction, and more published in the New York Times, which connects the founding of the U.S. with the arrival of the first slave ships in the Virginia Colony more than a century and a half before the Declaration of Independence was written.

Cotton — the Senator, not the cash crop around which so much Southern slavery revolved — is not a big fan of the 1619 Project. In an unintentionally absurdist interview that would have made Andy Kaufman blush, he was kind enough to explain.