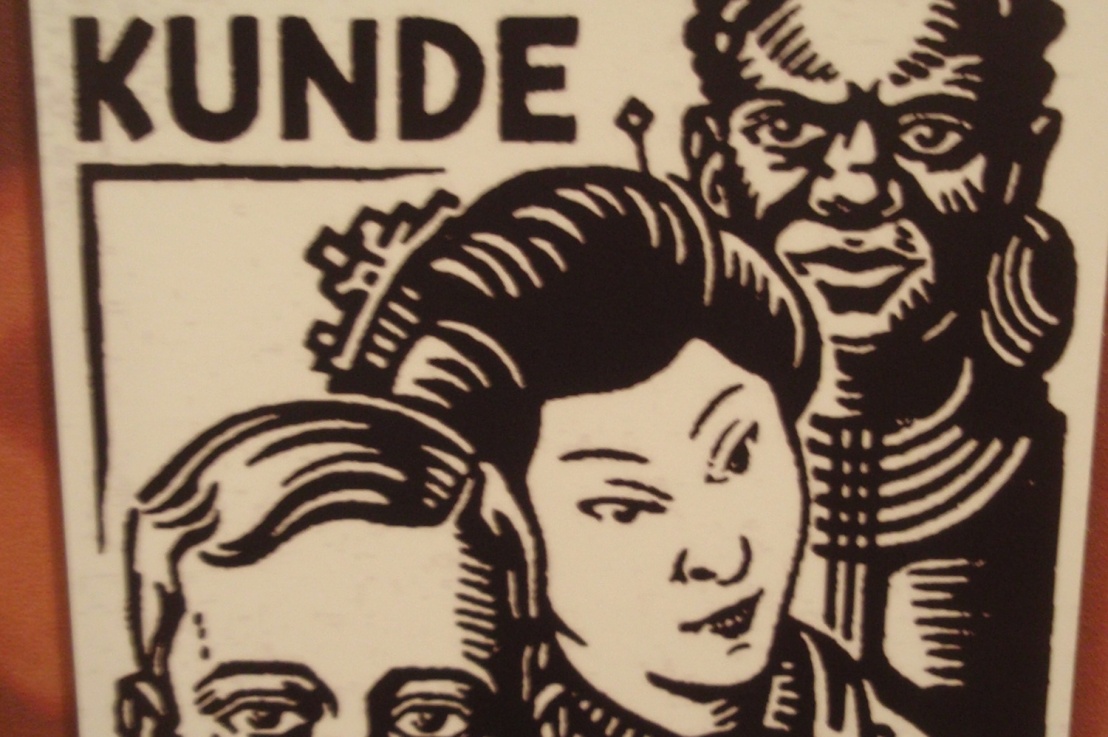 In March 1966, rhetoric and communication scholar Haig A. Bosmajian published an article in ETC.: A Review of General Semantics called, “The Magic Word in Nazi Persuasion.” In the article, Bosmajian wrote about how Adolf Hitler and other prominent Nazis realized very early on that, while they needed terror, violence, and intimidation to gain and maintain power, they also needed language, symbols, and arguments. The Nazis couldn’t have existed without a powerful investment in rhetoric.

Bosmajian’s article is worth reading in its entirety, as are several others he wrote about Nazis and persuasion, but there’s a specific passage in “The Magic Word” that is stunningly relevant in the immediate wake of Bret Stephens’s recent New York Times op-ed about “Jewish genius” (which I have no intention of linking to). In the essay, Stephens makes the following point as a way to set up his broader analysis about the “the secrets of Jewish genius”: “How is it that a people who never amounted even to one-third of 1 percent of the world’s population contributed so seminally to so many of its most pathbreaking ideas and innovations?”

Here’s the passage from Bosmajian’s article that is particularly germane: “Admittedly, said the Nazis, the number of Jews in the world is small, but then, the power of the devil never was dependent upon numerical strength. As the Nazis figured it, the world’s population was 0.3 percent Jewish, 15.7 percent Mohammedan, 30.6 percent Christian, and 53.4 percent heathen. How could 0.3 percent of the world’s population have so much power over the remaining 99.7 percent? If the Jews had been portrayed as human beings with human characteristics, human strengths, and human weaknesses, it would have been obvious that they could have had little power over so great a number of non-Jews. This 0.3 percent had therefore to be portrayed as demonic, as having the power of a plague, as a disease capable of destroying whole populations” (pg. 19).

What is immediately apparent when you set the passage from Stephens’s article next to Bosmajian’s is the numeric replication. Despite nearly a century dividing the Nazis from our current moment and despite the Nazis’ concerted (and sickeningly effective) effort to eradicate Europe’s Jews, Stephens and the Nazis both figure that Jews make up one-third of one percent of the world’s population.

Of course, that’s just a matter of counting. But for both Stephens and the Nazis, the numbers are directly linked to an imperative question about cultural influence—how could a group of people that is so small in numbers have such an outsized influence on culture?

In the days since it was first posted, significant passages of Stephens’s essay have been removed because they “quoted statistics from a 2005 paper that advanced a genetic hypothesis for the basis of intelligence among Ashkenazi Jews”—basically scientific racism. One of the authors of that paper, Henry Harpending, was a white nationalist. I’ll return to that below.

The revised article doesn’t have the scientific racism (at least not as blatantly), but in the original version of his op-ed, Stephens’s answer to the question about Jews’ outsized influence is basically the same as the Nazis’: due to their genetic make-up, Jews think differently than other groups of people. In other words, Stephens invests in exactly the same kind of racial “science”—which is not strictly racial or scientific—as the Nazis did, despite the fact that it’s been roundly rejected by actual scientists. Racial “science” is the belief—again, almost universally discredited, despite some bigoted hold-outs—that Jews are genetically hardwired to think and act differently from other races.

It doesn’t take a “genius” to see how this kind of “racial science” can pretty easily be used to argue its opposite. If racial science explains “genius” groups, it must also explain “inferior” groups, as well. That’s why it matters that the author of the “study” that Stephens cited was a white nationalist (see the Southern Poverty Law Center’s profile of Harpending). Harpending’s work is explicitly used by neo-Nazis, white nationalists, and other racist groups to explain why some racial groups are “naturally” inferior.

Stephens is Jewish, so I can’t imagine he intentionally set out to rehearse Nazi talking points about race and race science. But he did. And while it’s obviously dangerous for people who get “scientifically” characterized as inferior, Bosmajian’s article helps us see there is also danger for “genius” groups.

As Bosmajian puts it, “the power of the devil never was dependent upon numerical strength.” That’s not unnecessary provocation on Bosmajian’s part. That’s how Nazis justified their anti-Semitic beliefs and actions. Again, Bosmajian: “The … ‘Jewish bacillus’ could not be destroyed, of course, with any sound political or social programs …. To destroy the insidious evils—plagues, demons, vipers—the machinations and word magic of the medicine man, the magician, were needed” (pg. 19). Hitler came to power by convincing Germans he was the magician they needed.

In case it’s not clear, Bosmajian is describing the Nazis’ justification for exterminating the Jews. Because the Nazis believed Jews had undue influence on Germany, and because Jews were supposedly genetically different from other groups, they could not be managed with traditional methods (specifically, law and custom). If a genetically “normal” person breaks the law, you send them to jail. But if a genetically “special” person breaks the law, it’s because the law cannot contain them. The only recourse is extermination.

Again, it’s inconceivable to me that Stephens set out to reinforce the logics and languages of the Nazis. It is equally unthinkable that he wittingly parroted Nazi justifications for the Final Solution. But, consciously or not, in attempting to show that Jews were genetically “genius,” or “different,” or “unique,” that’s exactly what he’s done.

The consequences of Stephens’s dabbling in scientific racism are hard to estimate. Perhaps on their own, they’re nothing but a tempest in a teapot. But in the past month, there have been at least 9 anti-Semitic attacks in Brooklyn alone, culminating in a mass stabbing at a rabbi’s home during Hanukkah. And the number of anti-Semitic hate crimes nationally has risen dramatically in the past few years. In a number of those attacks, the perpetrators have rehearsed stereotypes about Jews being fundamentally—that is, genetically—different. In other words, they’re also invested in the rhetoric of Jewish “difference.” Ultimately, whether that difference is supposed to be good (they’re geniuses!) or bad (they’re demons!), the argument amounts to the same thing—they’re not as precisely human as the rest of us, and we should deal with them differently as a result. Unfortunately, for too many people that means more terror, more violence, and more intimidation, spurred on by the kinds of science that Stephens initially pedaled.